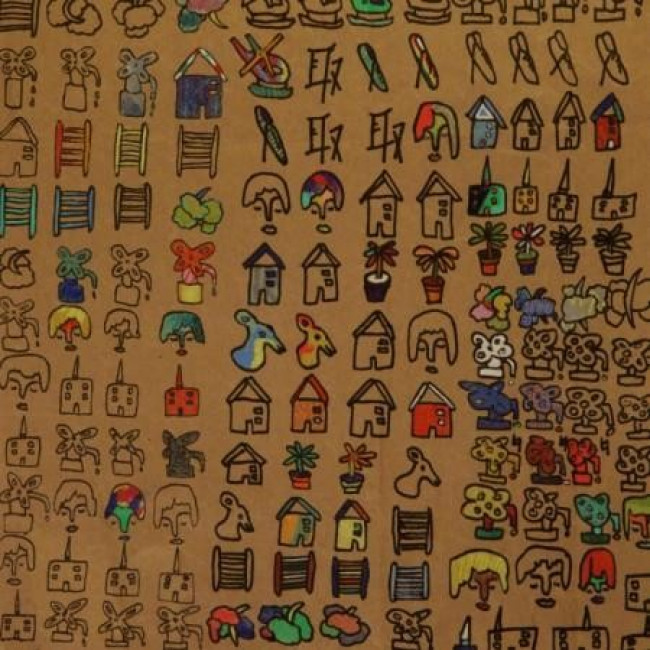 Yeah, tell me again how it’s all been done before. Tell me there’s nothing new under the sun. Tell me that when a band makes derivative, obvious music how it isn’t their fault, that it doesn’t mean they lack imagination or creativity. Tell me I’m just a heartless crank for demanding more from a band than a handful of underwritten Siouxsie knockoffs. Tell me I have unrealistic expectations.

Even leaving aside pop/hip-hop examples of ‘original music’ (invent a time machine and go play Britney’s ‘Work Bitch’, which isn’t even all that strange, to someone in 1993 and they wouldn’t believe their ears), which have an advantage in their newness, as long as bands exist like The Bastards of Fate, or Micachu, then I don’t think it’s churlish or unrealistic to pretend that music based in traditional ‘rock’ music can still be arrestingly different and unique.

That’s BBB as in Better Business Bureau. As in Brattleboro Butter Beaters. As in Bumblebee Busting Bumblers. As for Blanche Blanche Blanche, the band took their name from Tennessee Williams last words on his deathbed—three unanswered shouts into the void, overheard only by his hospice attendant.

If you feel, as I do, that ‘Temporary Secretary’ is the best thing that Paul McCartney ever did, then Blanche Blanche Blanche equals true love. However, if you think ‘Take It Away’ or ‘My Brave Face’ is the best thing he ever did, well…I have to disagree with you, but I think we’d have a lot to talk about on the subject of Paul McCartney b/c both of those songs are way under-appreciated.

Breaking Mirrors is the sound of a Blanche Blanche w/access to proper recording gear and what sounds like a full(er) band working behind them. It’s a clearer, more physical record. But clarity doesn’t have to mean obvious—it doesn’t have to mean simpler. Breaking Mirrors is 9 months and several light years removed from the last BBB album. This album’s version of ‘TED Talks’ is clearer than the earlier version, more direct. But it’s also more unhinged, more overloaded. It sounds, and more importantly it feels, truer to the song.

It’s the product of too much Adderall taken over a series of days. Or not enough. Anyway, that’s what it feels like—a mental space where infomercials and Teletubbies blur into a strange adrenalized mix of commerce and hallucination.

What was time outside the circle of light is now space so we can walk down into our past.

The music has a broken obscure new wave vibe a/la Glass Eye or Human Sexual Response, but more overflowing and intense. Think Dylan in ‘65 with a head full of ideas driving him insane. Beck in ‘94. Ghostface circa 2000. All shifting time signatures, its rhythms suggest a flat, synthesized Beefheart, as if he grew up listening to Flying Lizards instead of Howlin’ Wolf (BBB would never drop the ‘g’ from their participle, not unless they were mocking—or mockin’—USA roots music fetishists).

It’s impossible to imagine the ‘I’ in the lyrics as confessional. BBB aren’t limited by persona, or personal experiences, or any kind of message. The lyrics function as a distorted reflection of the world around them—too much stimulation and too little sleep. Watching the Gem Shopping Network on fast forward, see how those rubies spin. The words might be manifestos, or advertising slogans, or found text, or desperate cries from an undernourished heart.

Each track runs into the next, a sensory overload from one website to the next, streams and clouds, comments and bullshit. It sounds like the latest Pynchon reads, an amplified numbness, unfocused analytics, up to its microchips in elation & dread.

At times it’s almost too much to take in, which is how it should be. As the culture accelerates, and bands like Fleet Foxes/Arcade Fire cover their eyes and weep, pining for some kind of lost pastoral ideal that never really existed in the first place, it’s up to bands like BBB to keep up, to engage w/the culture, to help us make sense of the randomness all around us. There isn’t a tragedy in the news, or a victory, that BBB’s music hasn’t already anticipated. Flip through the channels as fast as you want. Scan the web for the most extreme story, the most unconventional pornography, the most heartwarming charitable act of the hour, not only can BBB keep up, they’re out there ahead of us shouting, ‘Hey! Come check this out! You have to see this!’

If I were you, I’d go see what they’re talking about. Breaking Mirrors is so great it makes being observed by the NSA feel like a party. They’re just hanging out man. Dress freaky for the camera. Let’s give them something to write about. If we don’t end up in jail, that just means we weren’t doing it right.