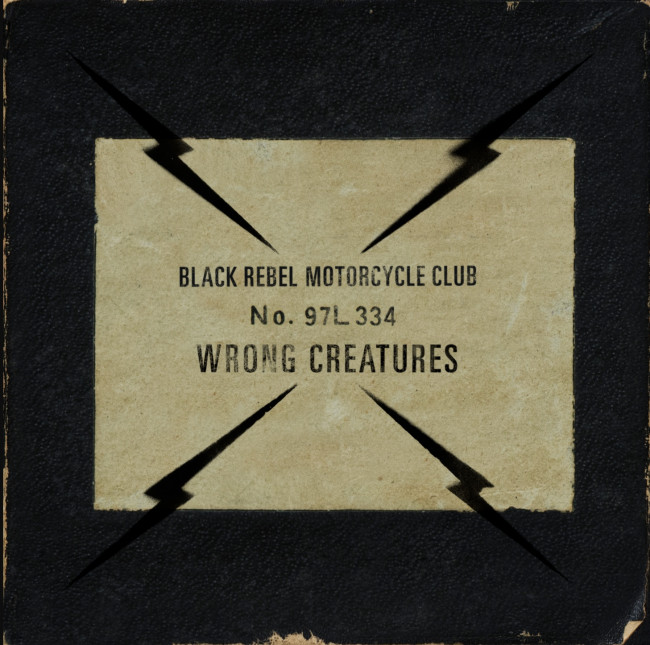 BRMC largely fly under the radar here in Australia. Perhaps it’s because they inhabit that alternative rock ’n’ roll space reserved for bands the ilk of The Jesus & Mary Chain or Nick Cave & the Bad Seeds. After nineteen years together, Peter Hayes and Robert Levon Been, along with drummer, Leah Shapiro, are still busy making great records.

Sometimes records demand a few listens to get you on side, but BRMC are not like that. Their grunge-cross-psychedelic sound has endured and when you play the new album, Wrong Creatures, you know it’s them. Like the Mary Chain, it’s unmistakable.

In my opinion, Wrong Creatures is their best since 2007’s Baby 81 (2007). They’ve often had intro tracks to set the scene for their albums, and this one opens with ’DFF’, a Native American-like rhythm and eerie murmur that then launches into the bass heavy beats of ‘Spook’. I can hear it now, opening their upcoming live gigs. I love these cultural references in their music. It really sets them apart from other straight-up West Coast rock.

First single, ‘Little Thing Gone Wild’, is all garage-rock but the tribal beats and chants give it individuality. ‘Circus Bazooko’ is a theatrical detour and along with ‘King of Bones’, the circling riffs remind me of amusement arcades and weird old Uncle Ernie in The Who’s ‘Tommy’… yeah, obscure, I know… but the sound is just kinda wacky. I love it.

‘Haunt’ is the track that first grabbed me though, a lush but grim ballad. It gets under your skin and mesmerises with its ghostly refrain. Yet another track that I now play on high rotation and forces me to stop what I’m doing just to savour it.

From start to finish, this record is full of luxuriant melodies, spectral voices and chants, layers of psychedelic sustain and flourishing guitar breaks. The beats get you moving, the psyche fluctuates between ethereal and chaotic. I can honestly say there are no mediocre songs, which fits with the band’s self-professed aim for flawlessness. With such a strong collection nineteen years in, we’ve got a lot to look forward to when they tour here in March.