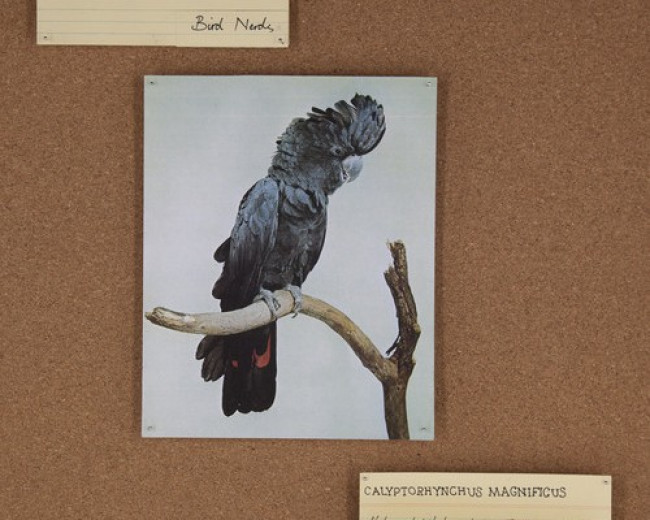 Some music helps you to be a better person, or at least better able to deal. I remember one weird afternoon running the length of a music festival, like an eggman through a Bruegel painting, to get my splintering psyche to The Stooges. “Iggy will make me strong,” I thought, and by God he did; my mind became a diamond. Astral Weeks was Bangs’ beacon at the bottom of the 60s. In the uncertainty and shit-talk of 2013, Bitch Prefect might just shine a little light.

They’re no big statement band. Nor is this album a revelation: in an alphabetised library, Bird Nerds is mere millimetres from Big Time. Once again the songs come on simple and just grow a little each day. But this is all fitting, because the overriding theme seems to be just getting on. Not a cold ‘survival’ trip and certainly not some Tony Robbins ‘success’ gee-up. More like mindfulness.

The little challenges in ‘Adelaide’ – the landlord’s bill for a broken windowsill, a wasted journey to a closed football park – are taken in stride, so the more fundamental realisation that, “I ain’t into this town/It ain’t into me neither”, is able to be met with the matter of fact, “…might be time to leave her”. ‘That’s A Shame’, about the loss of a lover, is not a fake shrug but a head-on acknowledgement. Neither denial nor wallowing. This is music for everyday mental fortitude.

It’s in the sound. Their first album really clicked for me when a friend showed up one morning, six-pack in each hand, with the explanation that his girlfriend was moving her stuff out of the house. We listened as we drank and smoked in the sun, it was hot, dry and bright, the vibe was neither heavy nor light, and the company was good. That’s what it sounds like.

Things get darker mid-album, with clammy Kitchen’s Floor chords and lyrics by turns uncomfortable and surreal. In fact, “Verandah’s falling down/I’m feelin lazy feelin lazy/My friends they all left town/It drives me crazy drives me crazy” could be written by the Brisbane band (side-note: the first time I got Kitchen’s Floor, about the third time I saw them in around 2009, it hinged on a song called ‘Bad Decisions’ which I only realised much later was a Bitch Prefect cover). But then a Beach Boys/Bats bridge comes in as if to represent the humour or just the life in the situation. ‘Special Boy’ ups the pace and the family angst (“The only time she touched me was getting knots out of my hair/SHE HATED MY FUCKIN HAIR!”) but owns it with a weedy Johnny Rotten/Demolition Plot-era Pavement delivery: bitching as a positive expression of self. ‘University Fiend’ is a Fall-worthy drone about the kind of Young Liberal arsehole you can sit next to at uni (“He say the state shouldn’t play a role/Yeah and he’s only 18”), with a Brix Smith-y keyboard part to match. But like even the most scathing Mark E rap, it conveys neither despair nor general misanthropy, rather a righteous indignation that’s deeply humanist at heart. Don’t whine, don’t abide crap.

For the last few songs, the album arcs back to its sunny starting place. ‘End Of Time’ is, like opener ‘Drifting’, vaguely metaphysical in the Calvinist (Johnson, circa One Foot In The Grave) tradition. But the peak of the set manages even to put a new spin on the classic ‘Bad Decisions’: ‘Better Next Time’, as in “I’ll do…”, as in what your Nanna says as she looks up from the pen-circled Lotto ticket on her lap, or in this song after her horse runs slowly at the track. Yeah, the song’s got his Nanna in it and it’s not the slightest bit cloying. How’s that for “mature” songwriting? Heed the wisdom of Nannas. Bitch Prefect do.