Ben Green’s Favourite Music of 2013 So Far – A Mixtape 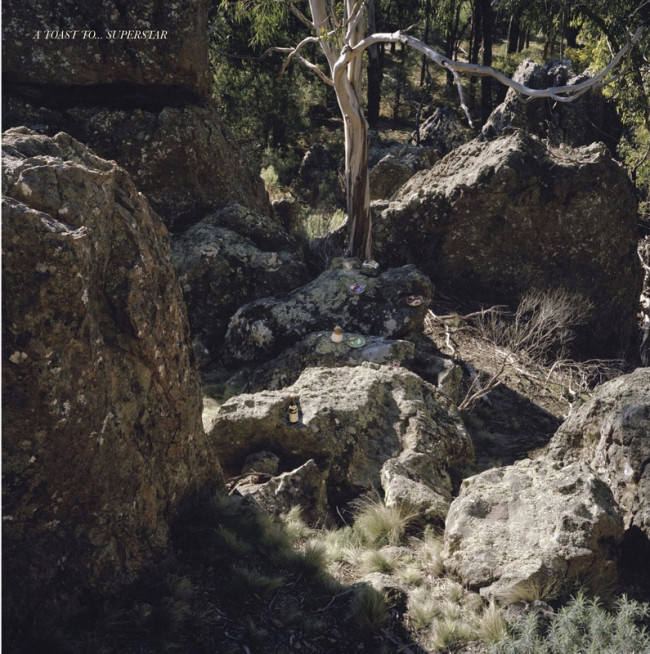 My favourite music of 2013 so far, arranged into an order that sounds good.

“James X. Boyd is becoming a problem” – that’s been the refrain these last few years as he’s crept increasingly to the front of his various bands (Velociraptor, Running Guns) and dominated the Google-translated press reports from their European jaunts (“intoxicated drummer has now fallen over the stage and rides him the patrons”).  But when you get him on his own he sings delicate songs about his friends and hometown.  This one’s the opening track of every mixtape I’ll make for the next little while.

The Black Lassie cassette seemed a further sharpening of the KoD’s already deadly sound, which is weird because it’s a compilation of old demo’s and new recordings.  They put my allegiance beyond doubt by covering Custard – ‘Nervous Breakdance’ is one of those perfectly chosen covers that reveals new things about both the original song and the people translating it.

These lines encapsulate something Dick Diver do well: they go into memories and margins, the abandoned playgrounds and overlooked utilities in our lives, and wave out.

Best cover art of the year to date – literally a picnic at Hanging Rock.  So file it alongside panpipes, the second movement of Beethoven’s “Emperor” concerto, and cicadas in the shade of gum trees.  Or don’t file it at all; take off your diamond watch, loosen your corset and pass the bagel crisps.

Thumb pianos, ramshackle percussion, strained trumpets, plucked strings: these are a few of my favourite things.  They give this album a Jon Hassell “Fourth World”, post-ethnic/pan-cultural vibe but I don’t know if that’s how the band members saw it.  Maybe they were just playing to the conditions, just as they seem to have built their drumkit from whatever was to hand.  Because it sounds like my Brisbane backyard, in a sunshower.  Pick: ‘West Born Dardanelles’

More music that is at peace with its surroundings.  Pick: ‘Rain Transplant’.

Others, meanwhile, respond to the subtropics with booze and punk – drinking out the sun, thrashing against the sweaty night.  A real grower, especially after you figure out which speed to play it at.  Pick: ‘Cuda ‘82’.

Seriously, residents of caves and other planets: Everett’s not making this shit up, nor is he alone.  But if it wasn’t for his list I wouldn’t have believed this came out less than six months ago, it feels too… classic?  No, that’s not the word, too… much like home.

When I got back to Brisbane from overseas last year, it quickly became apparent Cannon were THE live band.  I caught on to the extent I’d learnt the words to many of the seventeen great choruses on their album well before I bought it.  On this more recent split cassette with local cowpunkers Lovely Legs, Cannon diss rock movies in ‘Dogs In Space’ and cover Redgum’s Aussie classic ‘Poor Ned’.  When my Uncle Mick’s bush band play ‘Poor Ned’ and bushy-bearded singer Steely fixes you with his eponymous gaze, you think maybe you would be “better off dead”, but in Cannon’s hands it’s a song for drinking and celebration.  “Deadbeat punk” (their words) finding its colonial roots: an outlaw’s life for me!  They’re yet to record my fave-rave ‘Running Out of Time’ (to which you now know the lyrics) but there’s talk of more releases on the way.

Kim Deal – ‘Walking With A Killer’

If your excitement about the Last Splash-era Breeders reunion is tempered by your taste for the more subtle delights of their recent albums, check out Kim’s ongoing singles series.  Late at night, on headphones, in the dark.

No doubt other Collapse Boarders from the other side of the pond will be able to tell you more about Shannon (who I discovered through her role in Hunx’s band) and her Clams.  I just love this song.

Glass Candy – ‘Warm In The Winter’

So yeah, this song came out in some subtle way a couple of years ago, but it’s just been released as the opening track on the Italians Do It Better label’s After Dark 2 compilation and it is incredible, demonstrating why Glass Candy is still, by far, my favourite band in that cosy, glamorous little roster.  The peak of every DJ set I’ll play for the next little while.

Does this fit the mix?  It was sublime when I first heard it in a hotel room after a Music Max “30 Greatest Ballads” countdown.  Included here because I like to think they are singing about rescuing a certain high-profile “Julian” and smuggling him “across the border”, but no one else seems to think so.  I dedicate this one to all the fugitives.

The Knife – Shaking the Habitual

I have plenty to say about this gentleman and his music but it can wait for the album review.  The album’s due out very soon and at the time of writing you can stream it, legally, here.  If that’s operational, my pick is ‘Landslide’: a reined-in version of the live staple, showing how the side of Kirin responsible for ‘She’, ‘Thighs’, and two Go-Betweens covers fits into a hepped-up, day-glo album.  If not, get around this in the meantime and trust me, it will all make sense:

Bonus track (because it goes without saying):

They could have pre-hyped this song for two years and it would still be great.