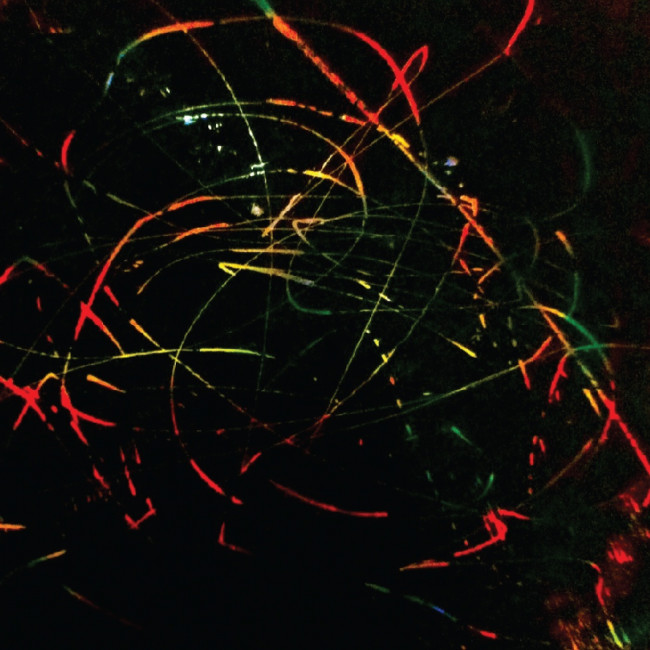 Y’know, listening to a radio show can be a bit like sitting at a bar full of men that wanna catch your eye. Or, at least, I suspect it feels that way, cos I’ve never had anyone try and hit on me at a bar. But ANYWAY, these songs come at you on the airwaves, each one vying for your ear. And when you first listen to those stations, you gush before all the attention, and chase up the strangers with the exotic names or the charming gaits or the mysterious airs. But then you keep coming back, and the gestures wear on ya, and before long you’re just there for yr evening tea and paper, not to be wooed but just to stay in the loop.

This one came on strong, though.

Chugging basslines always reel me in, but this one. Relentless, and no doubt kinda dancehall-y, but no rubber dub or off-the-wall riddim. Sharp, precise, and clean, like a surgeon’s scalpel.

I didn’t know from the get-go that Mr. Steve Spacek was a well-revered, future-minded R&B man – I did hear, though, that the whole shebang was written with iPod/iPad apps. Gimmicky, you say. But mmmm, listen to the dreamy steamy falsettos on the rock-a-bye rocketship of “Compact n Sleep” and the stuttery drifty dubstep of “If You Are My Chalice” and you tell me if a gimmick can melt me two ways like this.

What grips me, beyond Spacek’s vocal allure, is his curiosity. Blips and warbles and tricking cascades blink across the whole of the album, filling in nooks and bounding out of crannies, following the familiar forms yet diffracting into odd angles. “There Is A Love” skips on a woozy claptrap beat, but drips with this needle rain of an ostinato that dazzles me blind. “Gotta Get Some Music” bumbles with this Earthbound-ish bassline, almost coming on like a drunken thug (or, to recall the game in question, a toothbrush-branding new age hippie), but features this adorable sample with a kid. “Gotta get some moosic on!”

Mind, the scalpel-sharp rolling bass thing turns up at least thrice in Modern Streets, so there is some redundancy there. And, to be sure, Spacek doesn’t quite imbue his lyrics with as much sophistication – but then, given all the twitchy detail shot through even a straightforward dub tune like “Stand Firm”, wordiness isn’t necessary. Besides, with the soft disco funk and honey-gold balladry of “You’re the Only One”, good lord how much do I feel him when he croons “You’re the only one that even asks / hey, if I’m hungry”.

And then the LP closes out with this, pensive plinking and cool lounge groove. If this were a bloke’s farewell, I’d scrawl my email on the first strip of paper I could find and shove it in his palm.

The attraction no doubt stems from how little I know, how utterly unable I am to prove my legitimacy in this realm. But then, Modern Streets fascinates me in the same way that musique concrete does, with synthetic sounds that ricochet away from real ones. Nowhere near as disorienting, of course, and that’s just why the songs stick. Savor this one, my fellow epicureans, however you savor brie, merlot, red velvet, a cigarette, skin on skin.