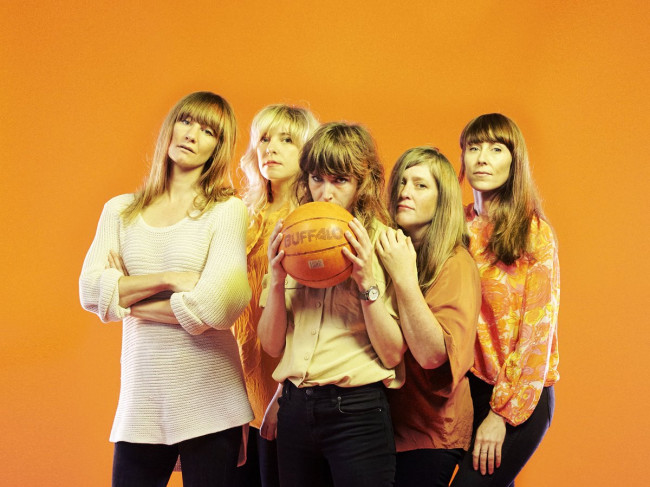 Within a digital world celebrating the polarising extremities of the bright and obvious, something a little denser or opaque can cut across as a refreshing concept. An occasional shot of capital-A-for-Art artifice can be a welcome diversion. Author’s Note: I’m not sure why I’m analogising Beaches to progressive rock but here we are. Tracks like opener ‘Turning’ from the Melbourne outfit’s third album Second of Spring certainly carry a monolithic grandeur. But it’s only one of the group’s many psychedelic shades. They’re equally adept at shifting leisurely between compact songcraft, catchy hook-driven numbers, spacey sound painting and shimmering riff rock.

Supported by local stalwarts Thighmaster and Ultra Material, the full five-piece deploy across the The Foundry’s stage. Their set skirts material from their self-titled debut as well as acclaimed second, She Beats but they’re primarily focused on their latest double LP. Sprawling visions of warm neo psych spill thick and fast. The group opt for heads-down-serious rock band posturing, it’s a stance they can fortunately command.

Stripped of spectacle, the focus here is squarely on the music. Played with flair and charm their fuzzy builds carry a sound which sparks with energy and momentum. Even when they drone they never drag.

The group conjures a formidable wall of sound as the crowd stands transfixed. With style and attitude that comes naturally to them they inhabit the expansive sonics of their new LP in all its breadth. ‘Divers’ buzzes with energy as it descends into mesmeric spirals of repetition while ‘September’ strikes a brighter tone.

Perfectly in control, they reassert the experience of their album’s sounds onstage. The journey through the bold aural colours and sprawling cosmic sounds of their latest recordings leaves the impression that Beaches are a group better heard than talked about. Live or on record they’re a long-playing listening experience.