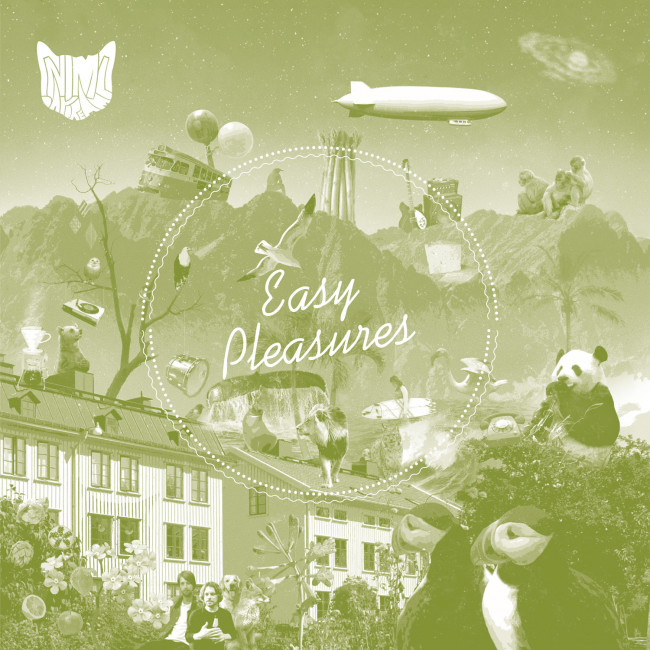 You realize what a lucky bastard you are, don’t you? Well, you should. Exclusive EP streams normally aren’t our bag.

I had a nice intro written here. Something about the golden days of American radio, how that was half a lifetime ago for me, how radical even James Taylor sounded to a kid who listened to golden oldies stations for the first decade or so of her life.

But eh. Leave it to Animal Daydream’s four tracks of gentle rock therapy to send you reeling through the jasmine of yr mind.

Now, yes – in other reviews I’ve lamented against dewey-eye nostalgia. But you know what? This cozy, chess-playing Yes vibe that “Glass Ships” invokes makes me happy. Very happy. “Canyon Rose” gives me that gentle, Crosby, Stills and Nash feeling, of harmony for the sake of beauty, of an age where conversations aren’t encoded in layers of irony. The Fleetwood Mac name-checking in the title track does seem a bit smug – but then again, what with the laid-back strum and utterly hummable tune, why not call up Lindsey and Stevie and go a-frolicking into the wheat fields?

The most impressive trip, methinks, is the closer “I Knew You Would Come Along Before Fall”. Strings hum and linger flutes flicker overhead – it lifts me into the serene universe of the Moody Blues, those wondrous troubadours of psychedelia. No one’s reminded me of the Moody Blues in ages. I could dwell in their albums, and guide newcomers through the craggy peaks and foggy, twisty trails, and retreat later to the trees and meditate on weighty things. Mind, this track’s only a love song, with no question of balance to ponder – and that is, indeed, what modern bands with their heads turned back often miss.

But eh. I mentioned the word “therapy” earlier, and that wasn’t a dig. All this running and panting toward what’s hip and happening can wear ya down, until the hunt becomes a chore. But you can relax around Animal Daydream. They’re not in the race. So high five and take ten.