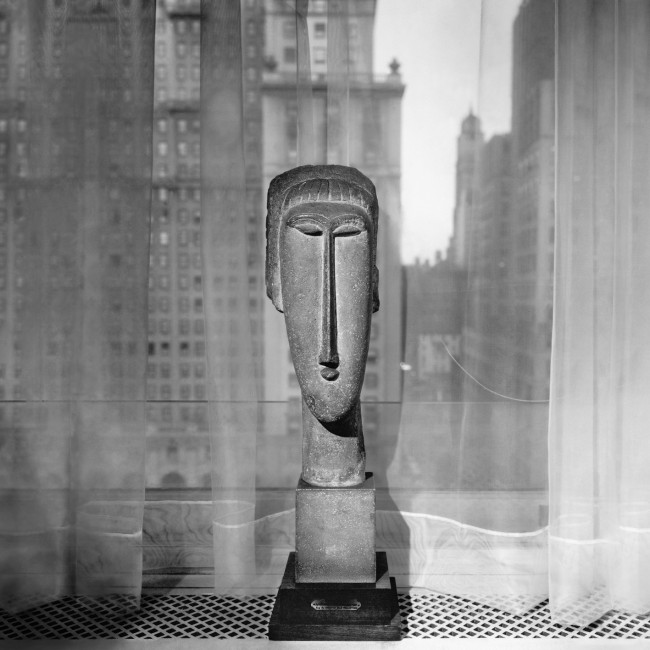 Oh, geez. Look at all these artists I want to write about. Jonnie Common. Hookworms. Clockwork Orchestra. Henry Plotnick. So many words. So many thoughts. So many people you have and haven’t heard before, and need to hear soon.

But right now, and only now, this is in my headspace and I can’t shake it.

Andy, dear. You. You and Alison Skidmore, with the voice. Before now, I thought you only rigged dance floors with trap doors, only nailed me with physical nails, only watched plants wither. But this. Hello, this. Hello, haze. Hello, frosted sunlight. Hello, dripping dew. Ohhhhh, you. I could just be, as I often am, a sucker for a bass that moves and carries a tune. But the way this shimmers in pale light…no, I’m not a sucker at all. I haven’t seen a morning this lovely in ages.

It occurs to me, as I sink down in “Faith in Strangers” as women often do on TV into candle-lit bath tubs, that I haven’t actually reviewed Andy Stott. Well, that needs to change. Alongside his partners-in-crime Demdike Stare, Andy’s one of the most dramatic and definitive blokes producing in the UK. I can say that, because he’s been nominated twice to the Dead Albatross awards. And he’ll swing a third time, yet.

Now, for those keeping score, 2012’s Luxury Problems (which I’m always tempted to call “Lux Probs”, and which I will do later) drilled a tunnel deep down to the netherworlds of dance, down and down to a bleak, pummeling place, where interlocking layers of rhythm hummed and groaned like winds on a haunted mansion’s hill. But then there was the title track, with the groove of the century, the kind of slow-creeping shade that possesses you indefinitely. And just when you think you’ve banished it, the wave seeps over you again and – oooooh. Let’s say that sucker can seep over me any time it wants to.

Scorekeepers can also tally this year’s Drop the Vowels, of the Stott-Whittaker anti-dream team Millie & Andrea. Though the two divvy up the credits on this one, the keen listener (aka me) can still hear the same percussive wilderbeat at play, albeit further from the hill and closer to the club. Also, where atmospheres do open up on Lux Probs, here the beats lunge with assassin precision, in strident UK garage chops. Lights flicker and machinery moans from below the empty parking deck – but make no mistake, this is a drum n’ bass warzone. Trespassers beware, or you’ll stumble right into the firefight.

That brings us to today. By the by, you’ll notice I haven’t dropped any references yet. That is because any Andy Stott album – or, at least, the three that I’ve dwelled in – contain such rich environs that they beg for imagery. (also, yeah, I’ll be the first to admit that I lack a coherent vocabulary for this world. That doesn’t mean I can’t write about it.)

Faith In Strangers seems fragmented at first – how does one resolve “Time Away”, a stark euphonium fanfare from a drizzly forest floor, with the screeching trap rap black hole of “Violence”? One minute you’re peering through the fog, glancing warily at the undergrowth; the next thing you know, you’re caught in jammed gears and pounded on all sides. Where are we?

It takes the third spin or so to realize that Stott hasn’t led you astray – that, indeed, the mirrored hall of “On Oath” is where we’ve been all along (the fog and forests, mere illusion) and where we should be, and indeed here the interlocking clockwork of rhythm churns underneath as it always has, but now sucks us under so that the EBM throb and factory clatter of “Science and Industry” can grind us to fine dust.

Yes, yes, yes. Logic and beauty unfold as one with each listen. Of course “No Surrender” should proceed after “Science and Industry”, to dazzle and daze the submerged listener with neon beacons, to lead the way back to the warzone. And of course the haunted acid house “How It Was” should follow, a warped and ragged electro rave compressed and stretched beyond comfort that yet again devours us whole.

“Damage” is still one that befuddles me, though, and not in the best way. Strange to say, how much of Faith In Strangers (and, indeed, most of Stott’s work in general ) could be “organic”, in spite of its clearly artificial components, but organic it is, as breathing, shuddering, thinking beings. “Damage”, however, is not. A steely urbanite melody swaggers in as if a train of lusty babes should follow it, to scratchy programmed claps and a rasping beat, and for a moment the luscious imagery falls apart. This is perhaps a realm of the deep city I don’t frequent, and thus can’t comment on. But I do wonder.

Until the title track breaks over the horizon. Oh me. Oh my. I told you – frosted sunlight. Dripping dew. Here it is again. The brightest day I’ve ever seen Stott in.

And yet again, the plummet from there to the closer “Missing” only seems fair. Of course the buoyant bass from before should now drag us to the ponderous dark. Naturally. That is the course of life. And we welcome it, too. Please, Andy, kill the switch. Send us to sweet, sweet oblivion. LED lights twinkle on the motherboard. Ghostly voices beckon. Now’s the time.