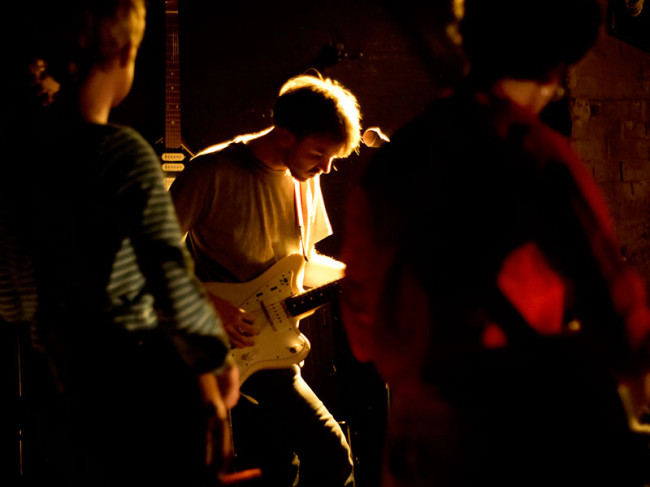 I’ve heard that if you don’t release a single in the first two or three months of the year, you’re “out of cycle”, “slimmed of being picked for tour supports”, or just sort of lazy. Of course, this is local music industry lore, no one should care for it, because imagine if all the great singles came out ALL AT ONCE IN MARCH or whatever. It would be like Fashion Week, or the month before the Oscars, or a David Lynch ticketed exhibition: all the good stuff pouring out at you in one big torrent.

Disclaimer: a lot of the songs below were probably released around the first few months of the year so the above probably doesn’t apply. So, moving on:

Diet Cig – Harvard
For you kids well-versed in Gilmore Girls, Harvard is a red-brick ivy-league heaven, but if you don’t look as virginal as Rory Gilmore, or if you finished high school in a stoner public school in the Gold Coast like myself, Harvard will prove difficult, unattainable, and potentially hellish. Diet Cig’s aptly titled song pays a loose homage to the feeling of seeing close childhood friends adapting furiously to adulthood while you’re still strapped cashless (though really, what singer and guitarist Alex Luciano is belching about is her snobby ex). The ability to sound pleasant while singing at the top of one’s lungs is always a blessing, so this song scores high in my rating/radar.

Bully – Trying
Been following Alicia Bognanno’s slow rise for a while so I’m totally biased on anything she ever does with Bully. Yes, her Steve Albini apprentice credentials are good, but what’s better is listening to her mixes (she records and produces all of Bully) and actually hearing the difference without getting all highbrow producer-minded. The vocals sit so beautifully in the songs, her delivery is so childish but not kid-ish or anything, and the guitars just swim in a big garden of bass. Don’t be put off by the weird, slow tempo intro either – it gets pretty punky and screamy after that. Bully performs ‘Trying’ at SxSW

Day Ravies – Perennial
Lose your Platonic shit to this frantic & frenetic song, part of Day Ravies’ latest ‘Under The Lamp’ EP. Laded with synths and shimmery guitars that compete for the blingiest frequency, it makes you instantly emotional at round about 00:32. Cool. There’s nothing quite like lingering on bittersweet feelings about a long-lasting man/love, and this is precisely it. Lush and dense like a little tropical forest, ‘Perennial’ is my fave track of the EP. I watched these guys live in Brisbane last and I guarantee their dynamic is going strong; not that they need to hear it from me.

Salad Boys – Reatard in Heaven
Hey, there’s nothing I love more in this world than a Jay Reatard tribute song. Salad Boys, cool cats from NZ I discovered about a few months ago, released this gem quietly on Bandcamp (I got an email so that’s the only reason I know). If you’ve heard Salad Boy’s self-titled album before, you may notice one of their strengths is riff repetition, followed by a shamelessly melodic lead that leaves you a bit catatonic on your train ride to work. Here, we find not only that but a hopeless melancholic dude that’s sort of pondering on band/musical success (general success? I dunno? I’m just making my interpretation of it), but at the same time being like “but I’ve gone cold,” something-something, “but you just can’t refuse it now it’s here.” You can’t refuse success! That’s right! Jay didn’t, so why would you? “But you’re not really here, so just play dead”, he continues. If you were as in love with RIP Reatard as I was/am, you’d be shedding a single tear too.