An Antidote to Boredom 1 | “A young, Aussie, Cetaphil-wearing Kim Gordon prancing around with a microphone” 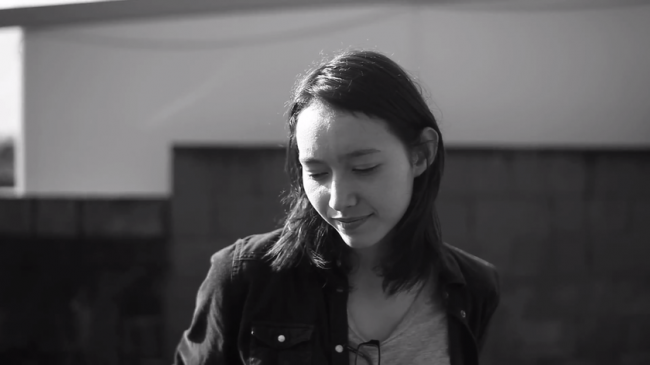 In a stampede of self-confidence and frenzied admiration, I told a writer on Collapse Board that I was going to link him some “awesome bands!!!” that he could write about or store in his memory-pocket for future “this band sounds like this band” obligatory euphemisms. Next thing I knew, he titled this article for me and told me to write about “current songs I’m into”. Though I’m not an expert in any given musical genre, I’m a fan of chicks in music (hence my love of Dr. True’s writing), Aussie music, and really good lyrics. A favourite antidote to boredom of mine is to troll the webz for new music – I find it stupidly relaxing and exhilarating at the same time. So, I guess, I wanted to share a bit of my exhilaration here, in case anyone felt like a little kick.

I don’t remember exactly how I found Fazerdaze’s ‘Reel’, but I do remember frantically stopping everything I was doing (i.e. surfing the web aimlessly) to download the rest of the EP. I showed the songs to musical girl friends because that dreamy/ethereal cannon Fazerdaze’s Amelia Murray seems to dispose of is so often an aesthetic aspiration of female songwriters (in my humble opinion, anyway). It’s so hard to dabble in the easy-listening territory without sounding corny, or like a carbon copy of someone else.

This band is so bloody good and their debut album Daze Pace is currently at a name-your-price bargain deal on Bandcamp! I don’t know if that makes me mad or ecstatic. This Ottawa band has a knack for interesting mixing ideas, moods and imagery. One of my friends pointed out they often inject slightly macabre verses that go by unnoticed. This is true of ‘Jeeps And Creeps’, where this super boyish voice with an underwater lisp paints a picture of his weird side of suburbia. It’s so catchy it makes me sick.

To me, this song by Melbourne three-piece Shiny Coin is a lot like their band artworks: a bold, brightly-coloured, comic-style depiction of themselves. The song couldn’t get any more direct – the singer is completely infatuated by a vegan/vegetarian dude whom she’s been friends with for a while but that won’t return her feelings. I often wonder what happened to their relationship after vegan dude heard the song… I mean, he’s got to know it’s about him. It’s all very much in the open… I guess Melbourne is a big city, they can get away with it… Nonetheless, I loved this song from the first time I heard it. I like the brightly coloured goggles I feel like I’m wearing when I hear it; like I’m a pre-teen again and all the feelings you have are so intense and bright and everything hurts 10 times more than they should. Also the drums are really good. A+.

Who the hell are the Da-da-das? The Internet tells me they are from New South Wales. Their ‘Jelly’ EP is great, I’ve been listening to it for a few months – what a find. Though it was only last week that I revisited the track ‘Lemon’ and suddenly found myself questioning the entire meaning of the song based on (what I thought was) the singer’s gender. Is this about the female experience in a rock band, or – wait – do the lyrics yell out “queers!” at one point? And what about “can’t you see I’ve got an erection?” The first time I heard it I had this vision of a young, Aussie, Cetaphil-wearing Kim Gordon prancing around with a microphone. But now the whole song has morphed into this sexy drag-queen boy that kisses boys backstage, so it’s had a bit of a double life in my brain. I’m confused and delighted.