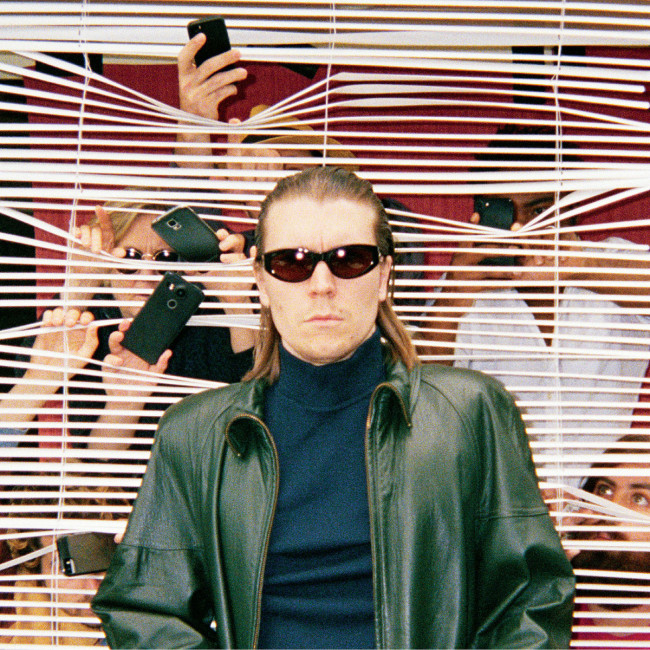 Western society – as with everything else – has managed to make an entertainment industry out of failure. It’s like the dark side of the under-dog tale; the temptation to watch how far down somebody can go, how many supports can fail, how much you can change someone through hardship, addiction, weakness and ambivalence. You put a broken, hateful person with a story they want to tell in front of a camera and they’ll tell you something a damn sight more interesting than how nice their day was.

Sydney ex-pat Alex Cameron’s debut album, Jumping the Shark, was razor sharp in its understanding of this. Within Cameron’s solo ‘old dog’ song-man performance ran an illness of the soul. Sickly, stained and vile, Jumping the Shark was a parade of wretched personalities that Cameron examined with a strange rose-tinted gaze.

The drunk who leaves her child in the car while she gets blitzed at her local, the narcissistic entertainer who doesn’t know a life without fame; each song like watching a car crash in slow motion. The stripped, off-kilter electronic production was the first clue, sinister as it was, whilst Cameron crept aside, monologuing on understated tragedies.

Cameron’s new offering, Forced Witness, remains in this vision. Still focussed on mediocrity and personal decline, but now with a new barrier of synth-pop glitz to distract from the depressing stories on display. The parade of the damned is still ongoing, but now the wretched have a stage and a backing band, they’re bathed in lights; disco-ball shining.

Cameron’s new instrumentation is the key change here, expanded outwards to welcome every neo-80s pop inclusion possible, twinkling keys and saxophone embellishments a-plenty. Cameron wrangles all this into song structures that are far more dynamic than anything that showed up on his debut, but loses a lot of the charm from that release, a lot of the later half following the same formula established in the opening.

There is a new approach to Cameron’s lyricism too; Jumping the Shark conjured images of despicable people, but never so biting and vicious. Cameron (and it is Cameron, regardless of the characters he likes to play) likes to throw around sexist and homophobic terms in what I’m assuming is some attempt to add fuel to the fire of putridity that exists within a lot of these songs. His descriptions within also don’t shy away from the off-putting, on the bouncing ‘Country Figs’ he confesses; “the worst part about being homeless, is waking up from a dirty wet dream, with a lap full of cum and a head full of steam”. Later in that song, Cameron threatens suicide to a woman if she denies his love. Sometimes, it feels like Cameron has a buzz-word approach to his lyricism; sure Alex, nobody really likes diabetes, throw that in there, nice work.

Since releasing Jumping the Shark back in 2013 on his own website, Cameron made a successful leap across the Pacific to collaborate with artists like Angel Olsen and The Killers’ front-man Brandon Flowers. Olsen is well matched; the duet her and Cameron share, ‘Stranger’s Kiss’, is set in small-time lives with small-time ambitions (“thought I needed buckets of gold when all I needed was a dirty little pail of tin”), and their strained, world-weary performances reflect that perfectly. Flower’s influence might’ve been around since even before Cameron wrote his debut, having a similar lyrical obsession with glitz and fame, he wrote many a melancholic exorcism for The Killers (‘Andy, You’re A Star’, ‘For Reason’s Unknown’, ‘Sam’s Town’) – he shows up in backing vocals on the final track.

It’s hard to say whether Forced Witness is ultimately a step forward, or whether it just sounds like Cameron fucking around with the big levers on his magical music machine. Pull the big one that says INSTRUMENTATION so that everyone knows you worked a lot harder on this one, but “oh no!” now it sounds too nice! Twist the LYRICS dial off it’s fitting to bring it back round to shocking again. Cameron’s music was fun when it wasn’t trying to present itself as anything bigger than it was; but to present a scope through which you then decide to tell stories about people who are a bit shit with no ultimate resolution is a proposition which will always fall flat.