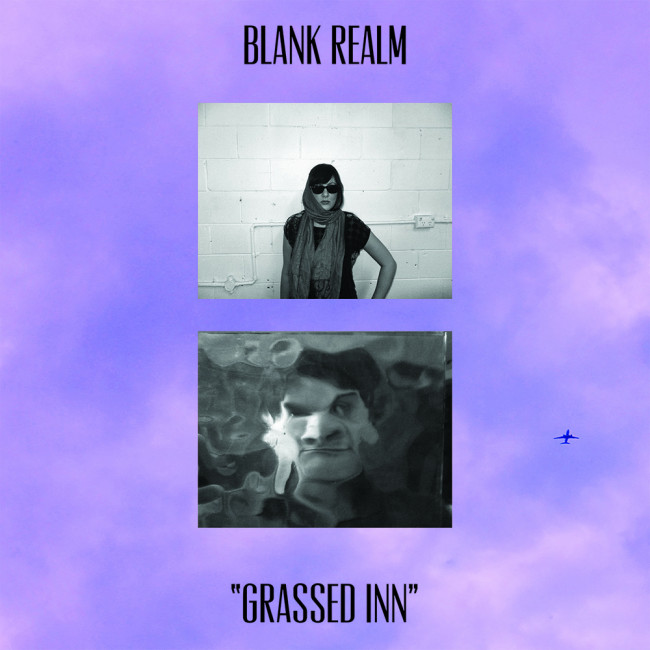 That narrative in the music press (the music press love a narrative) in which Blank Realm emerge four-legged from the murky deep and wriggle their gills in the fresh air of rock n roll?  It’s true, to an extent.  I told it myself a few years back, on an unread, long-dead blog.  “Blank Realm invented music”, I grandstanded.

At least, for themselves.  They started off pre-rhythmic; the eternal drone interrupted by primordial gurgles.  It’s as if they came upon guitars and, as if no one had played a guitar before, stood them on end and lay them down and twiddled the knobs (Free Time, Music Your Mind Will Love You, 2007).  When they started playing out – as if no one had played a gig before, they did it in houses and between buildings and in the country – primitive vocalisations entered the mix, in the form of shamanistic moans and screams (Live 2007, MYMWLY, 2007).  Eventually, someone got a drumkit, and played it, of course, as if no one had ever played one before.  Some of Mind Peril (Not Not Fun, 2008) sounds like they threw the drums down a few flights of stairs with a bunch of electronic gear trailing after.  Then I remember my surprise the first time I heard them invent a beat and, hello, fucking, chords!

You get the idea.  The evolution story, at least when I tell it, isn’t meant to suggest riff-and-chorus rock is genetically superior to feedback and drone.  It’s a scrambling attempt to explain something important in the music that’s hard to pinpoint.  Maybe the past left some sort of trace, like how humans still have body hair and incisors.  Maybe a simple beat or melody seems to mean more when you’re reminded there was a time before it, when there was only noise and before that there was only silence.

But you don’t need any prior knowledge to dig Grassed Inn.  If you’re a fan, this is the album you can play for your friends who haven’t caught them live on a good night (lucky them).  If you’re new or the gig didn’t click, this is the album you can get to hear what everyone is crapping on about (lucky you).  As if to encourage that legendary boring narrative, it’s even got a lyric sheet (the music press loves lyric sheets) (great lyrics by the way – “I lit up my votives/my hotel bill is overpaid”).  ‘Bulldozer Love’ perfects one formula they’ve been working on for a couple of albums now: earsnake guitar figure, driving beat, dual vocals, repetition, repetition, repetition.  ‘Falling Down the Stairs’ and ‘Reach You on the Phone’ actually shine and jangle like the Clean/Go-Betweens everyone else talks about.  The ever-stronger melodies are more than matched by Daniel Spencer’s vocal guts.

Smash-the-gates-with-a-grin opener ‘Back to the Flood’ proves you weren’t imagining those Springsteen vibes in their live shows.  (May 2012: I encounter BR bassist Luke Spencer on the stairs of Egg Records and tell him I’m looking for a Mother’s Day present, “some Van Morrison or something”.  He smiles, says, “May I suggest this?”, and from a bag produces a freshly purchased 4xLP Springsteen live box set.  Sounds like he made better use of it.)  But it’s what Springsteen would have sounded like if he really was the “next Dylan” and that meant the psychedelic, speed-freak Dylan of ‘Tombstone Blues’ and eye & rooftops & quazimodo.

For all that “consolidation” talk, this album surprises.  Far from a mere recap of what’s happened since Go Easy (2012), it bristles with signposts and shimmers with visions.  ‘Bell Tower’ and ‘Violet Delivery’, for example, show where Blank Realm can go with a grunge torch song and a Happy Mondays-worthy guitar riff (a long way from those inadequate descriptors, but the disparity between them should give you the right idea).  The clarity and space in ‘Baby Closes the Door’ only make the sheer, beautiful weirdness of its rhythm (and its submarine noises) more apparent.  And that points to the real story here.

While the music press is right about Blank Realm reaching new plateaux of clarity and space, confidence and control, this isn’t music made by people who are in control of it.  One thing I’ve learnt is that I’m not interested in music made by people who are in control of their music.  That means the lazy and scared as much as it means the no-forest-for-the-trees techo muso types.  Blank Realm aren’t either of those.  They’re a much rarer and better thing: a band of musicians who are in control of what they do, and who use that power not to limit but to expand their world, not to shy away from music nor to beat it into submission but instead to sail along the edges of it, to whip it up and be buffeted by it and marvel at it.  That’s where the good stuff is.