After the Dole Rush: Beef Jerk and Modern Australia 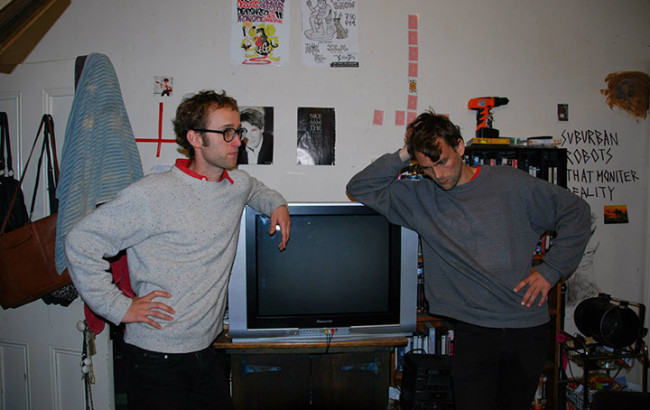 Early last year a handful of Australia’s greatest music critics published individual thinkpieces on the most recent dominant genre of local independent music: dolewave. Beginning with Sean Prescott’s review of the School of Radiant Living album on Crawlspace, this collection marked the first time that dolewave had been legitimised as a movement. Since the genre’s sarcastic origin in the forum of Mess+Noise, bands and critics alike have been reluctant to embrace the term with any sincerity – Everett True even asked if the genre of dolewave had really existed before Prescott’s piece.

Of course by the time these articles were published, almost all of the bands that we associated with dolewave had already moved away from the genre’s signature sound. 2014-15 releases from unwilling flag-bearers Dick Diver, Twerps and The Ocean Party saw each band dial back the jangly guitars and true blue references in favour of a more mature, polished sound. Really this was just an extension of the bands rejecting the dolewave tag, looking to a broader range of instruments and in doing so widening their fanbase. Other examples of dolewave have either become dormant (Pop Singles, Boomgates, Bitch Prefect) or released disappointing follow-up records (Lower Plenty, Scott & Charlene’s Wedding).

The spirit of dolewave isn’t completely dead – you could argue that recent albums by Weak Boys and Courtney Barnett fall under the umbrella term – but there has been a clear change away from lackadaisical guitars to a darker, synthpunk movement. Where once it seemed like every new band worshipped The Go-Betweens and Paul Kelly – Yard Duty, Camperdown & Out, Velcro – we are now inundated with synths and drum machines. Orion, Glöss, Sex Tourists, Tim & The Boys and Mining Tax are just a few of recent bands at the forefront this trend. This change has come about for two reasons: a reaction to the perceived ambivalence of dolewave, as well as the popularity and immediate influence of NUN, The Native Cats, and particularly the band behind last year’s near-consensus local album of the year Total Control.

This is just my observation on the current state of affairs, and I labour the point because it’s an interesting environment for the release of one of this year’s best records – Tragic by Beef Jerk. Of the fifteen tracks on this debut LP, at least half have existed online for well over a year, either in the form of a rough demo or on one of Jack Lee’s solo releases. While almost every other local band is running as far away from dolewave as possible, Beef Jerk release an album that would sound perfectly at home in the summer of 2012. They even sarcastically pen the lyric “Tony Abbott get me off the dole.”

Beyond all contextualising, it is clear is that this record is filled with quality songwriting. Like Dick Diver and the best exponents of dolewave, the band use local references not as a jokey throwaway, but to paint a picture of working class Australia. On first listen ‘Stay at Home Dads’ may come across as an insensitive pedophilia joke, when in reality it is a great short story of an alcoholic divorcee daydreaming while his children live somewhere around the Sunshine Coast, kidnapped and brainwashed by his ex-wife.

And it’s not confined to one song: as a whole Tragic is an intelligent look at modern Australia. There’s the French backpacker making his way across the country on ‘Soup of the Onion’, while ‘Footy’ references the gentrification of Sydney’s inner-west and the skyrocketing rent prices that come with it. One of the album’s darker moments visits the issue recently dominating the front page of all Sydney newspapers – Lee sings of an ice deal in Kings Cross followed by the lyric “and I hit cunts, every night it gets me off, makes me feel so tough.”

If you were already bored of jangly guitars by the time Couldn’t Be Better was released, the music will likely just serve as a vehicle for this great lyricism. There are certainly moments of brilliance, like the brief saxophone solo that closes ‘Soup of the Onion’ and the guitar riff on album standout ‘Move Into the Ocean’. They’ve crafted some incredibly catchy tunes, but it takes until the fifteenth and final track ‘Cotton’ for any real variation in their sound.

This is an album that evokes nostalgia for dolewave, a perplexing concept considering that the genre was already so steeped in nostalgia. It’s not going to spark a resurgence of interest in dolewave, but it warrants far more than appearing as a footnote to last year’s eulogies. By vividly capturing the struggles of mundane Australian life, Tragic is a reminder of why quality dolewave resonated with so many people in the first place.

Listen to (and consume) Tragic here.