Advance of the Tunabunny, Part 1A 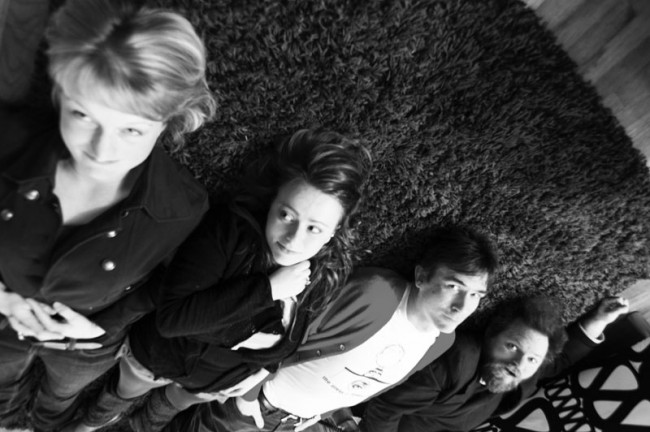 If you never read a single thing that I’ve written for Collapse Board so far – or if, perhaps, you have but think I’m too much of a noob to know anything (in which case, I’d agree with you) – well, shut up and read the following statement out loud:

It’s strange for me to say, because they’ve been here all along – here, as in Athens, and here, as in my stereo, albeit under a different name and less polished state. But you, yes you, are about to feel the heavenly discord of the presence that is Tunabunny across the Interweb Nation yet again. The pink-and-blue light that blazes from their righteous off-kilterness will pierce through all the false prophets – the Jezabels, the Malkmuses, the Mogwais.

The herald of the next Tunabunny age – the Kingdom Technology dynasty – is not the scuzzy Pavement-type party we know and love from Genius Fatigue. (Although that’s a-comin’ in later installments – STAY TUNED.)

A thump-thump, a thump-thump. The inverted bass woozes in like electric velvet molasses, and triggers a churning drum factory, which the ‘Bunnies drift sublimely above and within. And no, not a Manchester factory, per say. It’s the rhythm of an evolution, or maybe a devolution – or maybe neither, but a pure transcendent step beyond what we know as Tunabunny and into neon-tinged realms of melodic pop and nocturnal avant-garde – which, of course, is still very much Tunabunny.

Ohhh, but that’s all to come. Be assured, though, that like all of Tunabunny’s output so far, Kingdom Technology will lodge itself firmly in your head, will be rotated many times over, especially at night where the heart of this album beats, and will cause fits of joy and delight even on the 10th spin. Until next time, though, you’re more than welcome to rewind and replay “Different Jobs” to your heart’s content, until you can whisper the sing-song séance alongside the gang and hear the cheery ghosts whispering back.

One Response to Advance of the Tunabunny, Part 1A