A year and change | The Return of Scott Creney 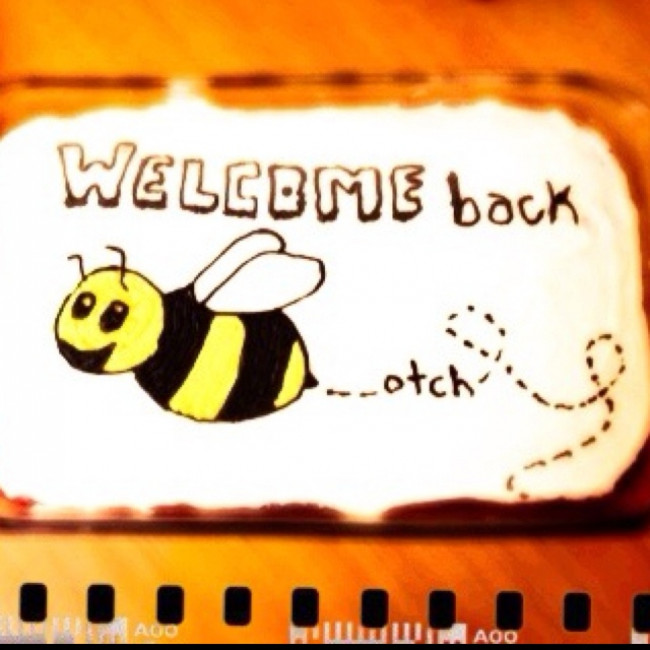 Just so you know, I had CB’s lawyers (lawyer, singular, who are we kidding?) give this a quick readthrough to make sure I wasn’t disclosing too much information, but I figured a very, very small number of people might want an explanation before I started writing about music again—where have I been, why am I back, etc.

Technically, I could have started writing about music back in January, but I didn’t have a whole lot of time right then, so I put it off for a few months. It isn’t that line-editing a novel for publication over & over again is hard. It’s just that it’s really fucking tedious, like mowing your lawn w/magnifying glass & tweezers level of tedious.

And when you throw a six-month old baby into the mix—and really you should place a baby into the mix, not throw it—it gets a lot harder than it should be. Sleep deprivation can be great for creativity but it wrecks all kinds of hell on your decision-making skills, esp. when it comes to proper use of the english language and its proper use.

See what I mean?

Anyway, it’s nice to be back. Did I miss it? Well I never stopped obsessively listening to music & thinking about it. I missed writing about it a little bit. And there were times I was seriously tempted to take up a pseudonym and rail against some ubiquitous piece of industry crap (Father John Misty) or take up arms on behalf of some underappreciated brilliance (like what the fuck did Ed Schrader ever do to P4K?), or even add my voice to the choir (yes, Too Pimp A Butterfly really is that good, it might actually be better than people say it is). Though I do have to say, if the word ‘bitch’ doesn’t make you uncomfortable when you’re listening to it, or singing along to it (especially if you’re singing along to it), or posting a rebus-birthday-cake version as the lead picture to your article, you really need to think about that. Doesn’t make me love ‘King Kunta’ any less.

But language, and the words we use, do have power—sometimes a power we don’t even intend. I wouldn’t be writing if I didn’t believe that. Neither would Kendrick, and neither would you.

So what else happened? Viet Cong put out a decent album. Although they lost me a little when they said their band name wasn’t meant to be offensive. Like what’s the point in naming your band Viet Cong then? If they had said, ‘We named our band Viet Cong because we think the US military is the enemy of freedom and we want to kill as many of those motherfuckers as possible,’ now that’s a position I could respect (although me personally, I think the 2nd half of that hypothetical statement goes a bit far—show some restraint Completely Made Up Version Of Viet Cong). So many bands these days want the coolness of being offensive but without the messiness of people actually being offended. Probably b/c in these troubled music-industry times everyone’s scurrying to try and grab every dollar they can get—the artists, the record companies, the journalists—and if you’re wondering why it feels like everything about the Music Industry is getting as beiged out as your local neighborhood strip mall, right down to the same narrow choices and the same bland, half-hearted professionalism, well there’s your answer right there.

Of course there were a few things I didn’t miss even a little bit while I was away. But as everyone’s favorite artist Taylor Swift so memorably put it last year, “And the haters gonna hate, hate, hate / Shake it off / Shake it off.”

Interesting story about Taylor. It wasn’t until my kid spiked a fever one morning high enough to make us think he might have to take him back to the hospital and I was driving to the pharmacy to get some medicine in a manner best described as ‘trying really hard not to break every traffic law on the planet’ that I decided to turn on the radio and maybe find something to steady my nerves a bit, take my mind off the panic, when I found Ms. Swift telling me not to worry about stuff and I realized that her song was essentially Bobby McFerrin’s ‘Don’t Worry Be Happy’ (albeit w/a much better melody, though when you think what Abba, or Nile Rodgers, might have done w/that pre-chorus in terms of countermelodies & arrangements, I still consider the song a total lost opportunity) brought forth for a new generation, and anyway it was then that I clearly realized the limits of pop music and the possible structural flaws in Poptimism as a guiding ethos.

Also, when I was 16 and my dad told me to go to my room and pack up my stuff b/c he was kicking me out, I turned on the radio and it was playing ‘Don’t Worry Be Happy’. So maybe I’ve always had a problem w/songs telling me not to worry.

Anyway, I’ve got no beef w/Taylor Swift. She may not be the savior, but she’s definitely not the enemy. And as far as Top 40 goes, if you’re in love w/sound you’re going to hear way more interesting stuff on Top 40 than your typical college radio station. Regardless, I may or may not get around to writing an essay about Poptimism in the Age of Neoliberalism. So if I don’t, please take a second here to really think about what happens when we use the market as the sole (or at the very least, primary) arbiter of taste & artistic success.

I also wrote a poem about T. Swift, and those who talk about her in their articles (which includes me, duh). You might like it.

Anyway, here’s the song I listened to, both on headphones & in my imagination, to help myself get to sleep during the ten days we spent in the hospital.

And it worked. Because this song took away the panic. And maybe in the end, that’s all any of us are after with this music thing–it can take you from one emotional place and instantly put you into another.  It’s one of the many things that makes music—which when you think about it is way more weirdly abstract & immediate in how it communicates than just about any other art form—so powerful. We’ll never agree on which music does that, but it’s the power that makes us argue and shout and beg and laugh as we try to share it w/people, to turn our feelings into words.

But we never stop caring. And it’s good that people care. Even when some of them say mean things about me on the internet.

One of the things that makes me angry is when people talk about music like they work in a warehouse and it’s something that just arrived on a pallet and needs to be filed somewhere. Or when they write about it w/the energy & enthusiasm of a middle-schooler delivering a book report about Upton Sinclair’s The Jungle. If you’re going to write about music, at least try to meet it halfway.

Or maybe the reason so many people say music criticism is dead today is b/c so many music critics write like actual corpses.

Not all of them though. I don’t want to sound too curmudgeonly. Off the top of my head, Sasha Geffen writes great stuff. And the writing in Jia Tolentino’s review of the PC Music album is so good I’ve read it five times now and counting. Although it should have gotten a 10.10 (it’s only appropriate that the score be in zeros and ones). And there’s been some recent new arrivals to Collapse Board that have totally got the goods. And of course, ET continues to carve a Karl Ove Knausgård-esque path through his life in music that makes for gripping reading and listening.

And this was a great article about 80s music that I hope you all saw during the week it got attention.

There’s always great stuff out there—to listen to, and to read. If you’re not finding it, you just have to look further. And if you have to look harder than used to, well that’s the industry’s fault, not yours.

So if you’re curious what I was listening to in 2014, here’s a playlist:

And if you’re curious what I’ve been listening to in 2015, here’s another one:

Oh, and here’s a line about the music world I never got to use.
Not even a meritocracy. More like a ferret-ocracy.

Jesus. Maybe I should have just stayed away.

But seriously, have you heard that JLin album though? It’s amazing.
https://www.youtube.com/watch?v=cRSVtuU4rkw