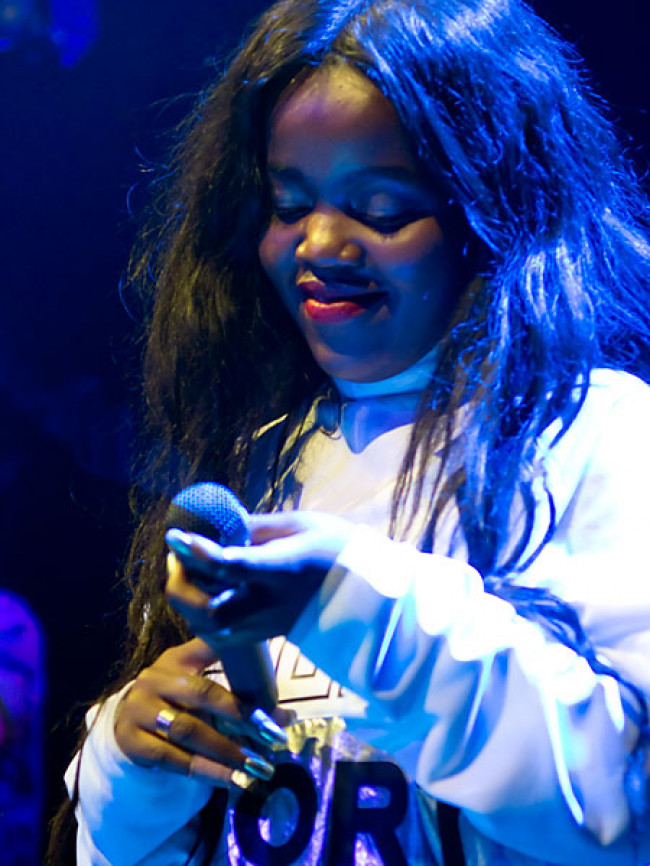 I took one of my students from Sex Drugs Rock’N’Roll down to see Charlie XCX and Tkay Maidza at The Met last week, on the stipulation she write something about it for Collapse Board.

I really liked Tkay because she was just so young and had so much energy, there was never a moment she wasnt bouncing and never a moment she was out of breath. Same goes really for Charli. I also liked the fact that she had an all girl band in matching outfits and that she matched hers to theirs with only a slight difference. She sounded just like she did on the record which is always a bonus. So many times I’ve gone to a concert and the singer sounds like total crap. I assumed that the venue would be filled with teeny boppers dressed like they were from Clueless but I was pleasant surprised to see only a tasteful amount of them. Charli was so into the music that I felt sometimes she forgot that there was even people in front of her. It wasn’t a manufactured pop act. It was simple and it was just music. I loved when she pulled Tkay up for Fancy as well, and rearranged the song. It was so much better than the original and they both got to strut around in platform shoes which was cool too.

I asked her to expand on this a little. So she did (with supporting notes added by me).

You can read my review of the show here. Frankly though, Kat’s got me beat.

The photographs are by Justin Edwards, and you can see more here.