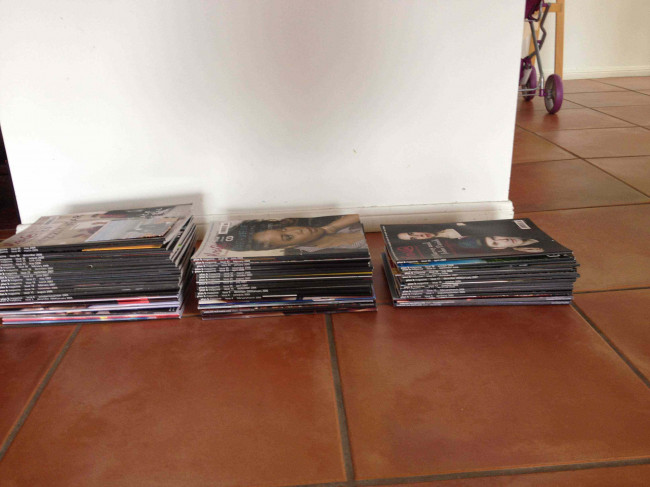 My Facebook feed has been full of commentary following my repost of Annie Gardiner’s excellent ‘For Whatever Reason…’ (Access) (an installation of copies of NME magazine from 1989-2008).

My response is above (the piles lying: male-female-both).

This, I feel is WAY more representative of music being made during the 2000s than that piles of NMEs. But who knows? Taste is so personal.

We were invariably accused of discriminating in favour of female artists at Plan B Magazine – where, I would like to stress, A FEMALE (Frances May Morgan) was the main editor of the title, not a man (myself) as is often as assumed. Just goes to show how ingrained attitudes are. (The split at Plan B was actually 50-50 male/female – the disparity in the size of the piles comes from Steve Gullick’s involvement in CTCL.)

Gender is a social construct. I  suspect a similar exercise applied to Collapse Board and, in particular, my Song of the Day/Return of Everett True series, would show a marked preference towards female artists. But that’s not down to discrimination. That’s cos females often make music that resonates more with me and my colleagues.