A message from Ramones book translator in Poland. I feel humbled. 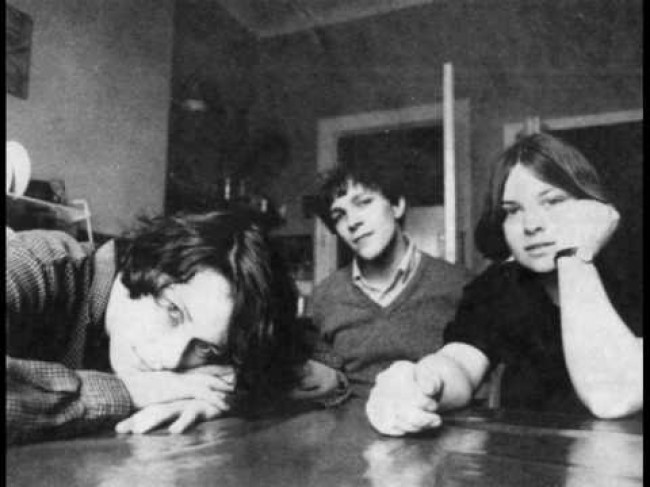 …Finally, I remember you from the (very) early 90s when I was reading both the Melody Maker & the NME quite religiously. (This passion of mine nearly ruined my mom but I told her it was good for my English. It was.) You made three consecutive Pastels releases the ‘MM’ single of the week, if I’m not mistaken. Those were ‘Speeding Motorcycle’, ‘Thru’ Your Heart’ & ‘Yoga’. Stephen would later write a joke song about your blatant favoritism but I went and bought Truckload Of Trouble and Mobile Safari anyway. On the strength of your passionate reviews alone. It meant starving for a couple of weeks but, damn, can’t say I regret it! Of course, I had a good chuckle as soon as you mentioned The Pastels in the Ramones book. I always knew you would.

Let’s face it, ET, you’ve done great things for music. You’ve been performing a genuine public service exposing worthwhile low-profile bands whom no one else would touch (and whom, in some cases, most everyone else would ridicule). What you need to understand is that back then (1986–1996) there was no alternative (good word!) way for me to figure out what a band like The Pastels might sound like. The radio played a couple of MbV songs. Once. At 2 AM. (And I know because I did stay up.) One of the country’s two music monthlies would mention that, yes, there was a band called The Pastels recording for Creation but that they were mostly forgettable, derivative, doomed to remain unsuccessful.

From around 1988 every piece-of-crap record store started offering CD-to-cassette transfer services (which was blatant piracy but that’s a topic for another time), yet you were restricted to a given’s store collection. Thus, I’d frequently travel to Toruń (Copernicus’ birthplace), to its li’l Revolution store (I always liked to think they named themselves after the Spacemen 3 song) where I was ecstatic to find pretty much everything by Sonic Youth, for example. They had some esoteric stuff like Polvo or early Black Flag but no Sebadoh, Yo La Tengo or Pastels. Again, this merely means that some guy went to London, Amsterdam or Berlin, bought a bunch of rare CDs and was now offering to copy them to your tapes for a nominal fee. That’s the whole point here. You couldn’t just walk into a store and browse the ‘indie section’ because there was no indie section. There was no way to listen to all those bands you were reading about.

I (well, technically, my mom) started buying the MM and the NME around the time Nevermind came out. A bunch of Pastels singles were reviewed in the former (I screwed up here in terms of consecutive releases, by the way – I overlooked ‘Thank You For Being You’, probably because I don’t remember it being reviewed by you; y’know, if a Pastels single ain’t MM’s SOTW, it might as well not exist!) and I was dying to hear what they sounded like because I loved their image, their influences, the fact they were from Glasgow (I’m a huge JAMC fan) and, of course, your impassioned interpretations of their output. I loved it how you seemed to defend Katrina’s singing abilities a bit later on, when Worlds Of Possibility came out. I think you were implying that, yes, Katrina can sing in tune but sometimes she chooses not to. Incidentally, I thought so too, except I imagined that Katrina would only goof around in order to make Aggi – who couldn’t seem to be able to sing her way out of the proverbial paper bag (not that it mattered) – feel good about herself.

So when Truckload Of Trouble came out, I was like “That’s it! I have to hear it!” I kept telling myself that it featured two MM singles of the week, dammit! Fortunately, at that time (1994) you could order otherwise unavailable CDs in record stores (provided those were featured in their catalogues). Apparently, they would use those long plastic tubes in transit in order to keep the costs down so when my copy of Yo La Tengo’s Painful arrived I found it was missing the original clear jewel case – the shop would just junk that and provide me with a standard, gray-backed one instead. (Back then I cared about those things – I still have this cute orange sparkle Cornershop CD, for instance.) Anyway, I managed to order the Pastels compilation (it cost a little less than a 10th of my mom’s monthly salary) and I didn’t know whether to congratulate myself for my spot-on intuition or you for your spot-on description of the band.

Sure, upon listening to the actual record I thought you went overboard with the ‘Speeding Motorcycle’ review – I personally hated the drum machine and the all-too-happy syncopated beat. But ‘Thru’ Your Heart’ (Katrina’s song, by the way) was worth it! Damn, those chord changes, man! That uneasy, yet exciting, feeling that you were listening to (or, rather, listening in on) some great lost VU rarity. And the fact that the songwriter seemed too shy to even sing on the studio version of her own song. And you captured a lot of that in your review in order to capture my attention in turn. In short, I reckoned ET did alright and it was money well spent – except, of course, it was never about money. (Yeah, tell that to my mom.)

Look, I’m sure we don’t agree 100% on everything. For instance, I’m positive that if I so much as attempted to tell you how much I admire Billy Corgan’s octave-playing in ‘Rhinoceros’ or ‘Cherub Rock’, you’d say “But, Mac, I’ve met him and he’s a dick! He’s not worth your time!” I’m sure that it’s True but then, as a JAMC fan, I also know it for a fact that William Reid, my f***ing hero, is a grumpy, Hope-slapping asshole who also happened to write some of the most touching music I’ve ever experienced. (Then again, I perceive certain aspects strictly as a guitarist.)

I also remember the time when you were commissioned (?) to write the review of Suede’s second album. Like, the most anticipated UK indie album of the year (or whatever)! I remember skipping straight to the album review section and bursting out laughing. “Surely,” I thought, “it’s a joke?” I mean, you guys must’ve been rolling on the floor at the time. And back then I’d have given… I dunno, a couple of beers away just to see the look on Simon Price’s face!

Then you cruelly disregarded a Stereolab single (for, uhm, ‘sexual’ reasons) which is still most dear to me. It was ‘John Cage Bubblegum’ – an encore staple of their gigs and just about the ‘hardest’ track they’ve ever done, yet you ignored it because you were admittedly after something long and hard being rammed down your throat. I was especially furious with you when I heard the actual track. I remember thinking “ET done goofed, boy! And he done did it because he felt like sucking some virtual cock!”

And then there was this Pavement review where you said something akin to “What would Malkmus know anyway? He’s only their singer!” I found it perfectly shocking – insulting even – because I suspected (and rightly so) that he wrote the majority of the material. Of course, it also hurt my feelings because I was ‘the’ songwriter in my band.

Still, ‘I Remember You’, ET, and I can’t say that about most everyone else who wrote for the MM or the NME in the early-to-mid 90s. For instance, a couple years ago I translated this Jay-Z biography by Mark Beaumont (no one else would touch it and I needed the ‘feria’) and I knew the name rang a bell but I couldn’t, for the life of me, recall a single review the guy had written. Well, Simon Price I remember. But then, most everyone would.

Anyway, don’t fret over this ‘humbling’ experience I shared with you. Embrace it! You Listened To Your Heart, commented on what it whispered into your ear, someone else luckily responded – job done and infectiously well to boot. I mean, you changed my life, man, and you did it when it mattered.

Short version: I love you, ET, and it’s a genuine privilege to be translating your (fantastic) book.