A message from Finland 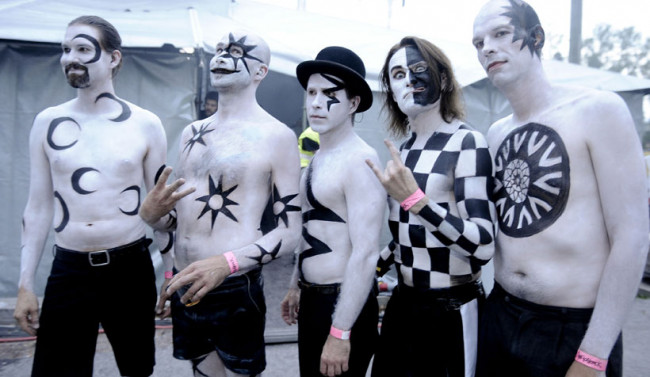 The other day, I noticed this message in the Collapse Board mail server. I liked the cut of its energy, and so decided to reprint it here.

In case you were wondering, an agglutinative language is a type of synthetic language with morphology that primarily uses agglutination: words are formed by joining phonetically unchangeable affix morphemes to the stem (Wikipedia).

Hello, I figure this is mostly for Everett True, but if there’s any substance to it, and if someone else finds it interesting, please by all means, pick it up.

I’m from Finland, and have been annoyed for years about the fact that the general public seems to think that Finnish is a particularly poetic language, especially when it comes to the lyrics of popular songs. Now I can understand why, ours is an agglutinative language, so there’s lots of rhymes and alliteration and all that. However, being an English major, I call bullshit. A good pop song in English has every bit the expressive power as does one in Finnish, if not more so. And I damn well want some expert opinions to weigh in on the subject, hence my addressing this to Everett True. I’ve no doubt you’re all informed when it comes to listening to music, it’s just that I enjoy his writing the most on Collapseboard.

In any case, here’s a link to a popular Nineties song in Finnish that – in my opinion – is a culmination of faux poetry bullshit, but hey it rhymes so the lyrics must be reaaaally good, right? I’d like your opinion, on the lyrics and the song, from a non-native non-speaker perspective. I’ve tried to be as literal and accurate as I can with the translation, whilst taking into account the connotations of the words.

Alright, have fun. The song and the music video:

The lyrics in English:

The line is drawn on water a yeast to swell batter to reach as far as you can to pay the price for your stupidity
The line is a wedge stuck into a nerve a file to cut down bars to solve the equation to happiness a scale to weigh blood I don’t hate anything… as I do you
Hey siren dirty angel, a lap like a burning word skullballoffire over the dim laws of hate and pain searching for a flame for short rhymes hey siren nimble demon, a lap like a rhyme sunraindance over the dried forests of pleasure and lust searching nourishment for brutish poems

The line is a white cloth in war a minesweeper between one’s ears a battle between norms and lust an instinct for surviving
The line is a line tied to a hook a heat taxing one’s senses the difference between a boy and a man it sands deep grooves onto the road I don’t want a thing… as I do you
Hey siren dirty angel, a lap like a burning word skullballoffire over the dim laws of hate and pain searhing for a flame for short rhymes hey siren nimble demon, a lap like a rhyme sunraindance over the dried forests of pleasure and lust searching nourishment for brutish poems

The lyrics in Finnish

Now I’m intrigued. Who has been going round calling Finnish a poetic language? All those metal-heads? Lordi fans? (That’s Lordi, not Lorde.) Apocalyptica fans? And why do people like the bloody Red Hot Chili Peppers so much? (Worst band I’ve seen live, I swear. Melbourne 2000. There was a fucking five-minute bass solo beforeeven a song was played. Music as sports therapy.) Also, that translation! That’s some concise use of language going on right there.

Thinking what I wrote over, I have to add that with regards to the particular song, the lyrics (in Finnish, that is) are kind of a pleasure to say out loud due to all the alliteration and rhyme, so in that sense you could argue that there’s a sort of poetic aspect to them. But then again, a pleasurable feel when sung/recited is a feature of tons of songs, so that shouldn’t be a particular point of pride for Finns. And it’s not as if lyrics have to actually mean a thing, a good song will carry emotion over despite words failing, but I’ll be damned if I can get anything out of that.

Anyone got any thoughts?

One Response to A message from Finland